Over the last couple weeks you may have noticed a few smaller areas in fairways that are struggling a little bit.  Most of these areas are low lying areas that drain poorly.  The following video was created by Joe Rimelspach, PHD of plant pathology at The Ohio State University.  This video is in response to many inquires by superintendents who thought they may have had some disease in fairways.  Rimelspach explains that rather than disease being the issue, it is simply turf decline and/or collapse because these turf areas simply aren't adapting to the environmental conditions that they are experiencing.  The first two minutes of this video are a must watch to all those who are interested.

For much of the season there has been deep lies and hard to locate balls in regards to shots hit into the rough.

The following picture is of the rough on the side of 15 fairway.  Please notice how green and dense the turf plants are. 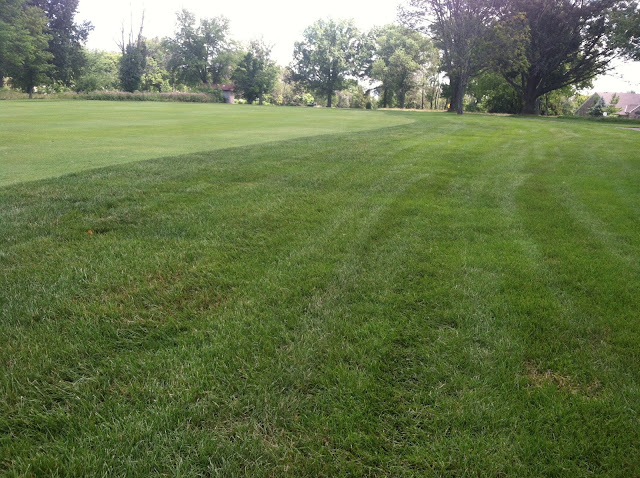 While I understand how frustrating this can be I would like to remind everyone that less than two years ago one of the hottest topics from the vast majority of the membership was "how do you intend to improve upon the thin roughs here at the club?".  That being said, this year the rough hasn't needed any extra help from us.  We have only applied .5# of nitrogen to the rough this year as nitrogen is a macro-nutrient that is mainly responsible for top growth of turfgrass plants.  This is a very small amount as it already mid July.  For those of you on a scheduled fertilizer plan for your lawn, you have probably already applied 2 to 4 times that amount.  So let me just say that amount or frequency of fertility has not been the cause of the difficult rough conditions so far this season.  The other variable that hasn't been the cause of our issues, a lack of effort.  Whenever we have the opportunity to deliver tight, trimmed and finely manicured rough conditions we do.  This has often resulted in us having three machines and three employees mowing different rough areas the majority of the time.  This is something that previous regimes didn't even have the option of as the current ownership is responsible for the purchase of the third machine.   The amount of importance that our team puts on daily conditions of the rough has greatly decreased the amount of capital projects that our team has been able to achieve.  I tell you this not as a negative but rather a positive that our team puts the utmost effort into your daily playing conditions.  The other item that hasn't influenced the change in our roughs condition is the height of cut.  We mow at 2.5 inches with sharp blades.  I believe this to be the standard in this area for public and private clubs alike.

The factor that has influenced the condition of the rough this season has been the weather.  We have had an unusually cool and wet season thus far.  This has caused a jump in the growth of the roughs all year long.  We continue to cut areas and the following day they don't even look as though we have touched them.  The weather conditions have also caused extremely wet ground conditions for most of the season.  This has caused us to be unable to mow certain areas for a week at a time which has caused some locations around the course to look like these photos of the rough on the side of 9 fairway. 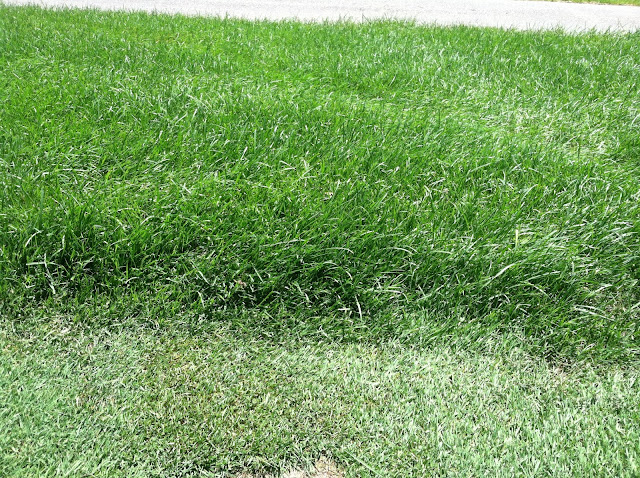 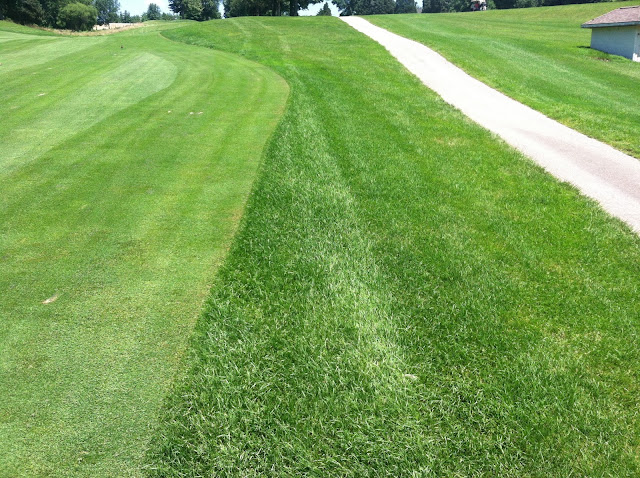 The easy solution to this is to send the mowers out to rut the course up, or to allow carts off the paths to do the same even though we know that we shouldn't.  It is my hope and belief that our membership has higher expectations for our future playability than this.  No one round, or even a weeks worth of rounds is worth jeopardizing an entire season. It also isn't worth jeopardizing the entire development of our club.  If we want better conditions we all have to be willing to do what it takes to get them.

Rest assured that we will continue to always do the best job we can to deliver the best conditions possible on all areas of the course on a daily basis.

Thanks for your time and patience,
Klint Ladd
Golf Course Superintendent
Posted by Stillmeadow Maintenance Staff

I just wanted to take a moment to remind everyone of a couple things that can be done to help out our maintenance team and the daily playing conditions on our course.  The first item is cart traffic:
-Please remember to rotate your traffic.  Please try not to continue driving through the same areas over and over again, especially in areas where you notice others doing so.  Drive the path to a fresh area before you start your approach to your ball.
-Please avoid known wet areas.
-When driving or parking on the path, please keep all four tires of your vehicle on the path as to not wear out  the turf or create ruts next to the paths.
-Please stay away from tee and green banks.
-Always keep carts on paths as much as possible.

The second item I would like to address is the bunkers.  Please remember to place rakes inside the bunker lip and pointed with the direction of play.

Lastly, Please remember to fix your ball marks on greens.  We have had an abundance of play lately and we do not want the ball marks to get out of hand.